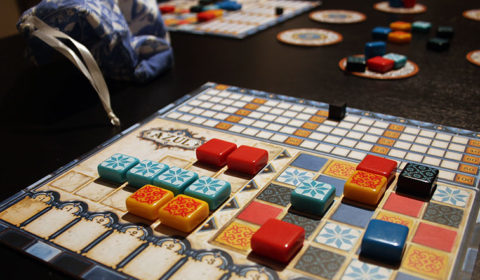 Ryan GutowskiJune 7, 2018
In the game Azul, players are tile-laying artists that are challenged with decorating the walls of the Royal Palace of Evora. I’ve played the game almost 2 dozen times and I’ve never felt like a tile laying master. The truth is that the theme of Azul doesn’t matter very much. That’s because the game is
Read More 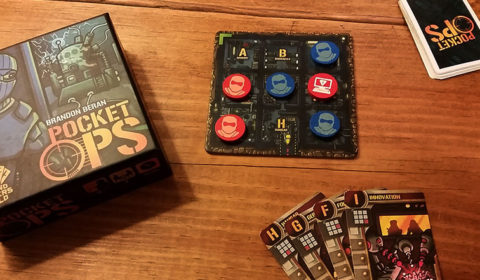 Ryan GutowskiApril 25, 2018
You are competing against a rival spymaster to send teams of agents into a secret base to steal the infamous Doomsday Device. Can you out wit and predict your opponents’ moves before they nab the device for themselves? Pocket Ops is a 2-player game from Grand Gamers Guild and illustrated by Josh Cappel. It’s a
Read More 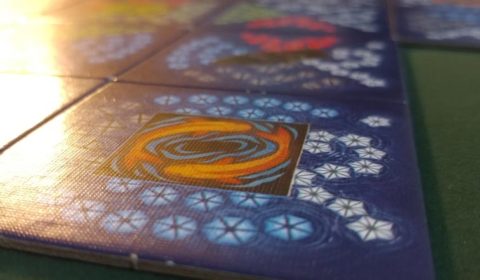 Ric WhiteAugust 20, 2017
Can you get through this review without singing?
Read More 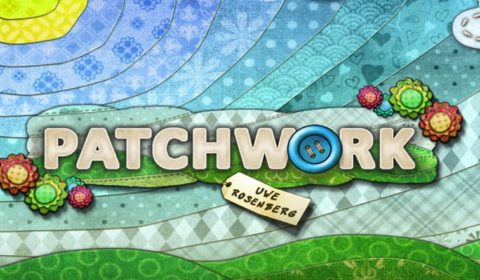 Ric WhiteJuly 10, 2017
A little over a month ago, I wrote a review for Patchwork, a fun two player game based around fitting together Tetris-like pieces into a quilt. I’ve had fun with this game for several months, but only recently did I get into the app version of the game, which was released in February. Now, I
Read More 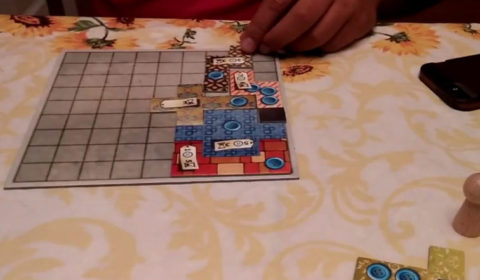 Ric WhiteMay 29, 2017
When I think of fun board games, I immediately think quilts. Wait, you don’t? Well, maybe that’s because you don’t do most of your gaming inside of an igloo. Or maybe because you’ve never played Patchwork.
Read More 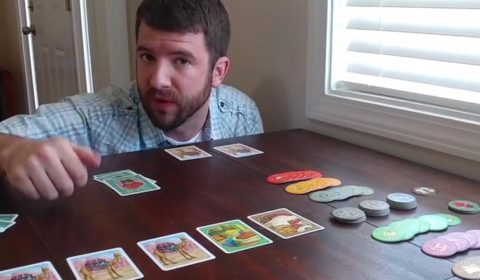 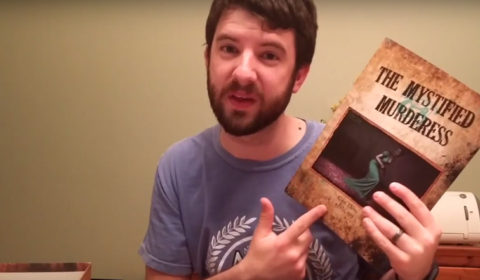 Ric WhiteJanuary 12, 2017
We seem to be in the middle of a Sherlock Holmes craze in pop culture. I mean, think about the last time that a bunch of people said they had to get home and watch PBS! But that’s what will be happening this Sunday night as the fourth season of the wildly popular Sherlock wraps up. Then
Read More 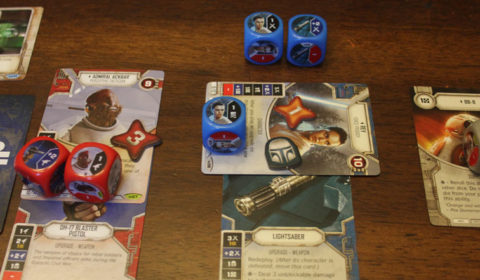 Ryan GutowskiJanuary 7, 2017
I’ve waited almost two months to write this review because Star Wars Destiny isn’t a game that is entered into lightly. In November I made the decision to buy into this new collectible card and dice game created by Fantasy Flight. After weeks of playing this game and picking up a dozen booster packs along
Read More